Every industry has an annual awards dinner – John can either provide an after-dinner speech – or act as the awards host with a shortened version of his speech followed by hosting the awards.

Case Study 1
Client: Office Products International Magazine
Event: European Office Products Awards (2004, 2007, 2014)
Venues:  Frankfurt Convention Centre (’04, ’07) Hotel Okura, Amsterdam (2014)
Audience: 600 – 27 nationalities
Brief: To “run the show” and be host and MC of the whole event. This  included pre-event liaison with the organisers, venue staff, lighting and a/v crews, checking awards scripts, rehearsals and ensuring the programme ran to time. John opened each event with a 20 minute “preamble” of humour relevant to the occasion, and then took charge of the awards ceremony itself.
Feedback:  “Thank you so much for your fantastic performance in hosting the European Office Products Awards in Frankfurt. Your unique blend of humour and audience observation was a total hit with our delegates and we have had an overwhelming response to the event. Thank you for making the first awards evening at Paperworld such a great success.”
Lisa Rollaston, OPI Conferences

Case Study 2
Client:  Re:locate magazine
Event: Re:locate Awards for travel, property, HR and legal professionals involved in global workforce relocation.
Venue: The IoD, London
Audience: 200
Brief: to present shortened version of after-dinner speech, then host the awards.
Feedback: “Thank you so much for speaking at our Awards Gala Dinner last week and also for hosting the ceremony. You really did add some magic to the evening and the connection with engagement, creativity and motivation was just what I was hoping for.  There has been some very good feedback from our guests who really enjoyed your skilful blend of entertainment, humour and insight. People have been fascinated by the tricks and marvelling at your memory.”
Fiona Murchie, Managing Editor, Re:locate Magazine 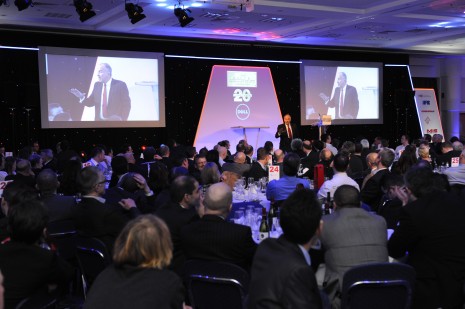 Audience: 400 engineers and suppliers to the motorsport industry
Brief: to provide an entertaining speech after the awards ceremony.
Feedback: “With very little briefing from myself beforehand, John delivered an outstanding performance in many ways. He made us laugh, think, question, argue, reflect and smile – but most of all, he fully entertained all of us.
Quite genuinely, I cannot remember any of our previous speakers creating so much positive comment over the following two days during the major show in which we were involved. I am certain John will receive many enquiries from this international audience who enjoyed his humour, no matter their nationality!”
Chris Aylett, Chief Executive, Motorsport Industry Association

If you’d like John to host or speak (or both!) at your Awards ceremony – please get in touch to discuss your event!

BACK to After-dinner Case Studies 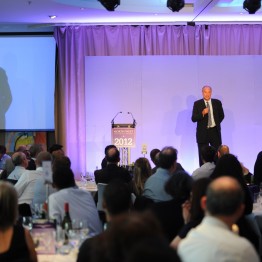 “Just a personal note of thanks for a great performance today. Your style is unique and engaging. You added a touch of class to a special day for us ”